Motorcycle security is something that’s often overlooked until it’s too late. It’s also something that many underspend on, in my opinion, balking at spending a couple of hundred quid on top security which could stop their pride and joy worth several thousands from being spirited away one night by a local scrote or two.

Ground anchors for home use are pretty well established and recognised, along with a quality chain and padlock, as being a decent way of securing your machine in your garage, shed or even on your drive.

But securing your bike at home with a ground anchor isn’t the whole story. What about those of us who transport their bike frequently, in my cases to rallies and races where it resides in my truck for a day or two, how do you secure it then?

There’s also the question of where you thread that hefty chain; do you just pass it through the wheels and risk finding a well secured wheel and nothing else in the morning, or do you use a smaller chain that you can fit through the increasingly compact frames and risk it being cropped in seconds?

With these two points in mind, I’ve been taking a look at some kit which seems to provide answers to both aspects.

Pragmasis has been making security products specifically for the motorcycle market for over 10 years now, and now produce a variety of novel and solutions to bike security where the focus is on quality and reliability. All the stuff is also made in the UK and holds various Sold Secure certificates to the relevant standards as well as having ‘Police Approved’ status on some items.

The stuff I’m looking at is their vehicle mounted ground anchor, for installation in vans and trucks, and the Anti-Pinch Pin, and I’ve opted to link up the whole lot, if you’ll pardon the pun, with a 1.5m long 19mm Protector chain and Squire Stronghold padlock. The chain itself is guaranteed uncroppable by any hand tools and is Sold Secure approved as well as being accredited under the Police ACPO Secured-by-Design scheme.

The ground anchor itself is no different from the one they supply to fit in your garage or driveway, the only difference is the fitting kit. The anchor is a hefty 3kg of Sold Secure Gold hardened steel with a 20mm shackle. You don’t want to drop this on your foot while fitting! Some of the, perhaps obvious features of this item is that the shackle is a solid D, passing right under the base of the anchor. This means it would have to be cut twice to allow any thief to open it enough to get the chain out.

Installation is surprisingly easy. I loaded the bike into the back of the truck and lined up the anchor on the floor where the chain would go. I then drilled the 4 holes through the floor of the truck, dropped in the allen bolts into the countersunk holes in the anchor and through the holes. Lying under the truck, I placed the big washers and torque-sheer nuts on the end of the protruding bolts and, using the anchor’s own shackle to prevent the supplied allen key from turning, tightened up each of the nuts in turn until the head sheared off, leaving a very simple steel cone behind, which is impossible to grip with pliers or vice-grips. Back inside, the 4 ball bearings are placed into the allen key hole on each bolt, and using the spare M8 bolt as a drift, are hammered into the allen bolts. This means that even if someone does manage to get a grip on the smooth conical nuts under the truck, they have no way of getting an allen key into the bolt nor an easy way to drill it out as a drill bit would just skid off the ball. A simple yet ingenious solution.

The Anti-Pinch Pin is another very simple yet effective piece of kit. It’s basically a hardened steel mushroom with a long stem. You loop one end link of the chain onto the stem, then pass the stem through the frame or other solid and secure part of the bike, before passing the other end of the chain over the end of the stem (after passing the chain through the ground anchor obviously) and the padlock locks onto the end of the stem preventing it all from coming off. As the Anti-Pinch Pin is only 23mm wide, it’s far easier to thread it through the frame where a chunky chain would have no chance, securing the whole bike and not just a wheel.

The only problem with excellent security is that it’s benefits are, in effect, invisible. Your bike doesn’t get stolen, but then you don’t expect it to in the first place. 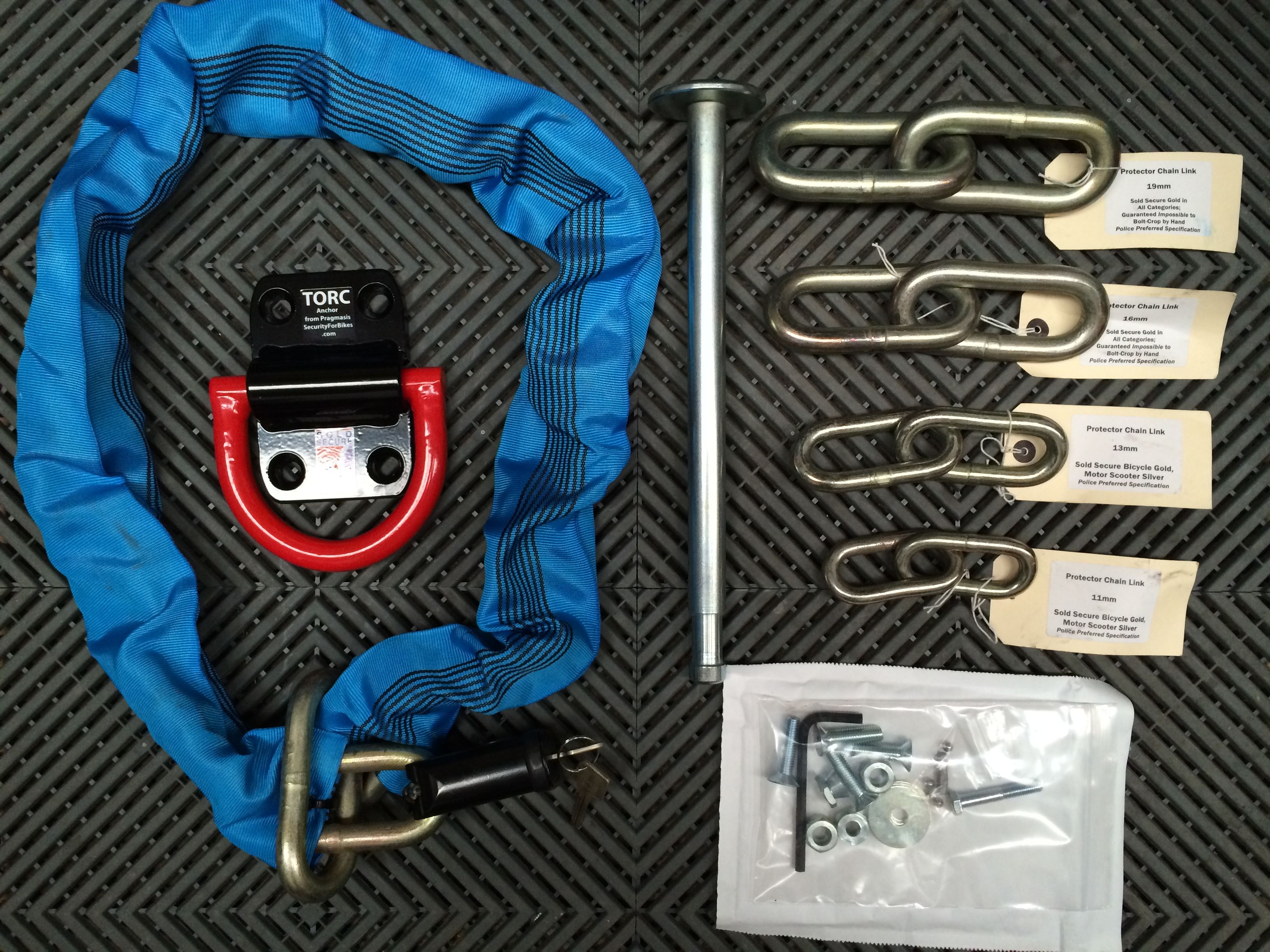 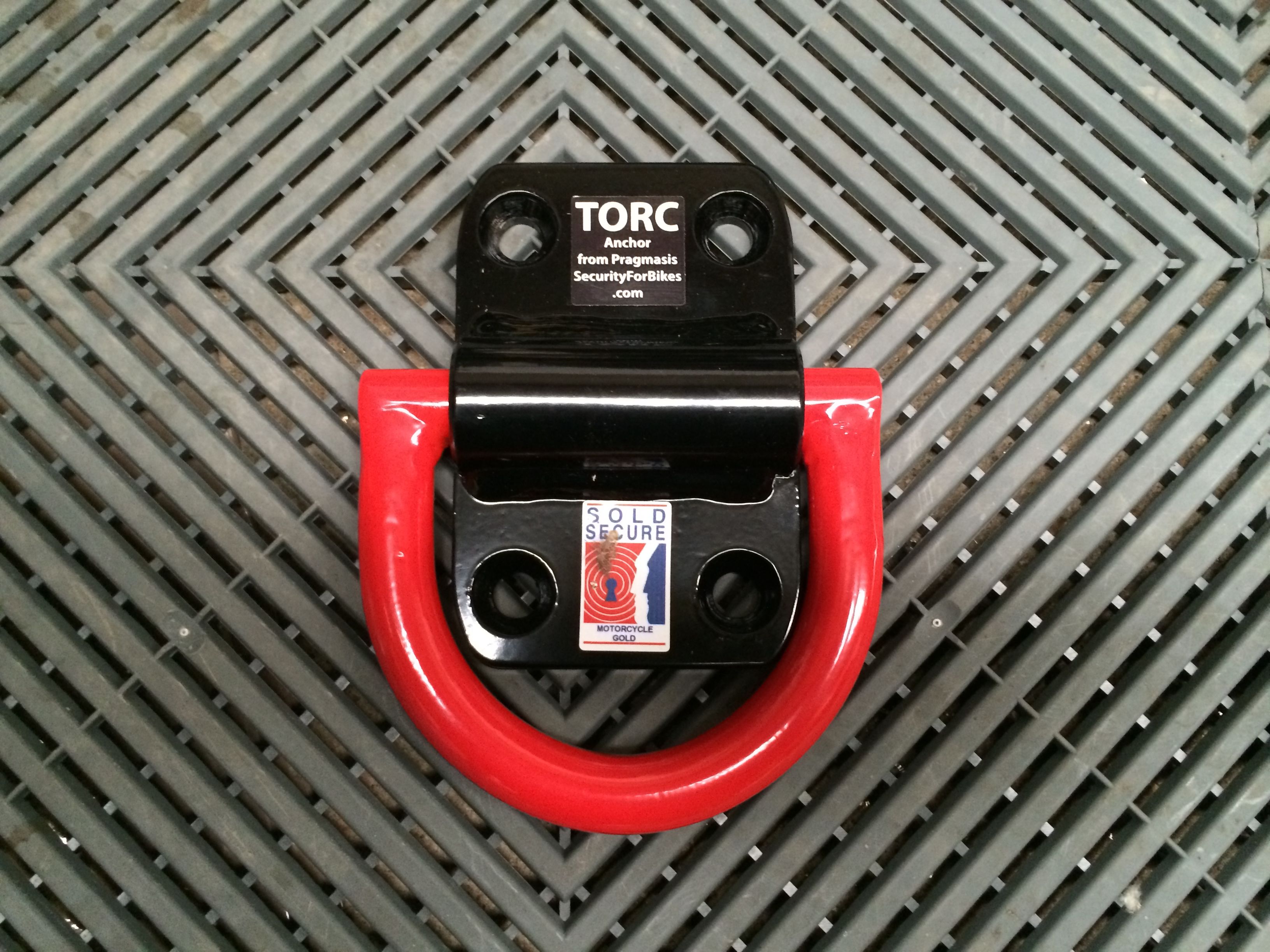 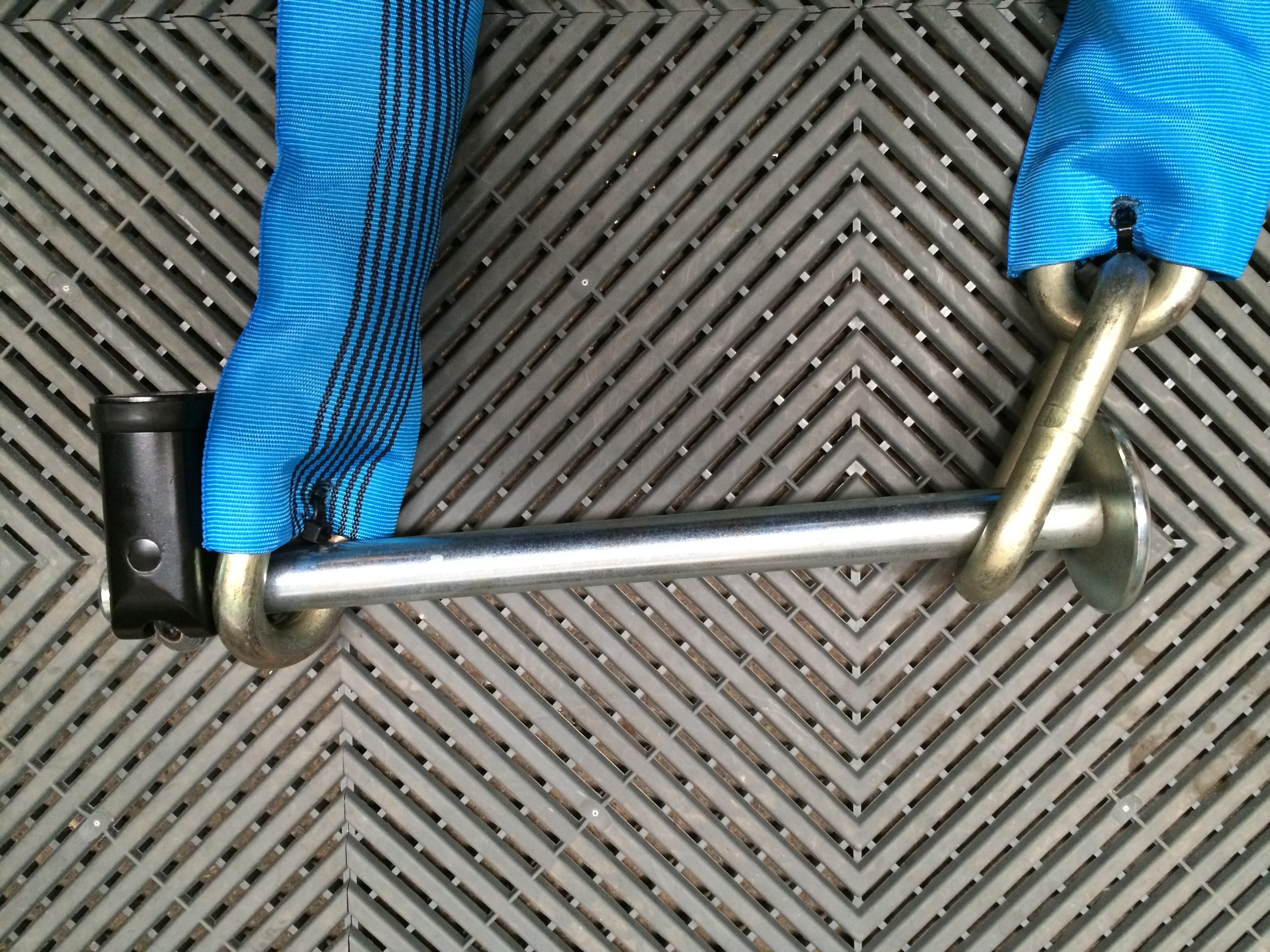 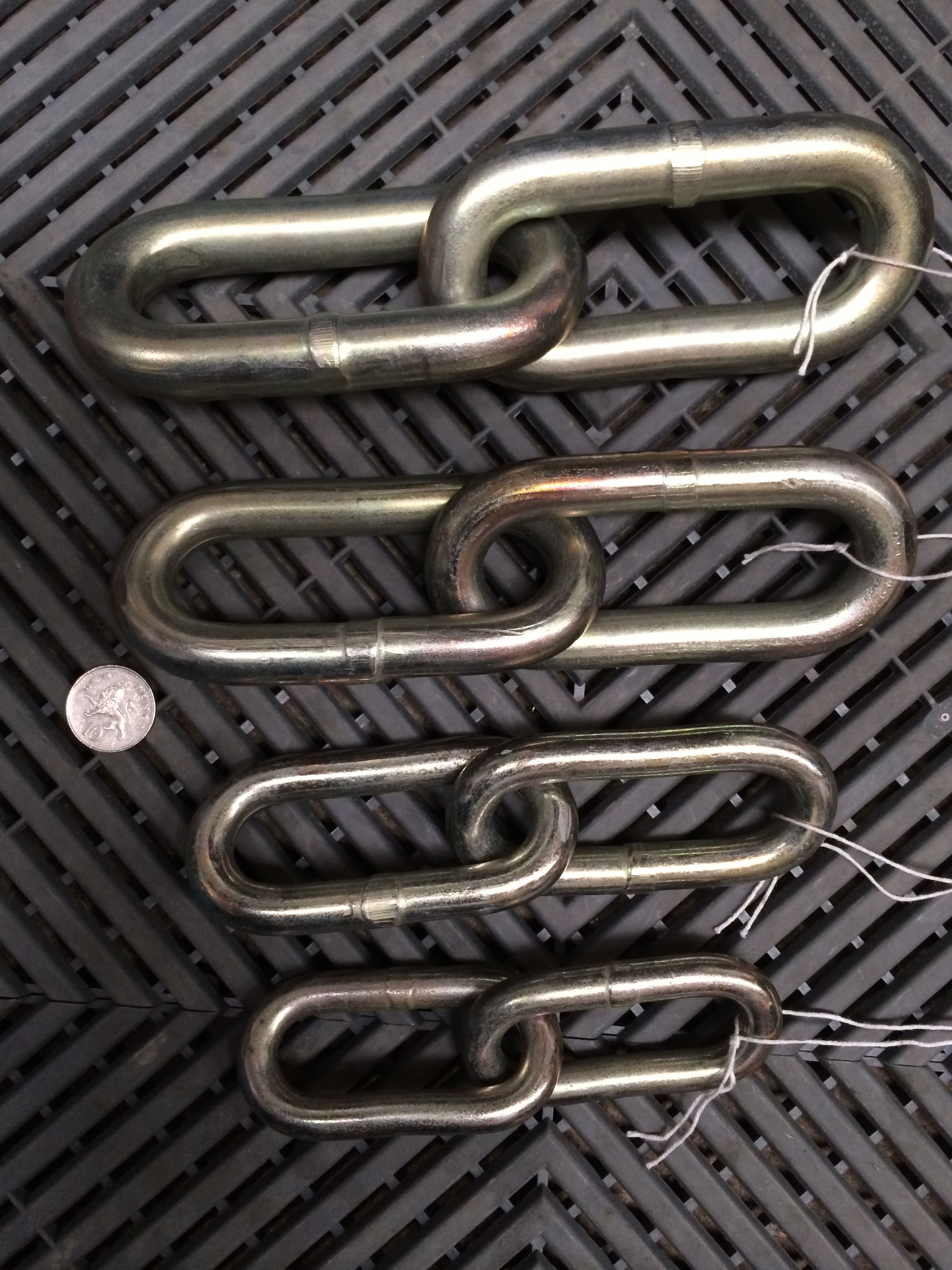 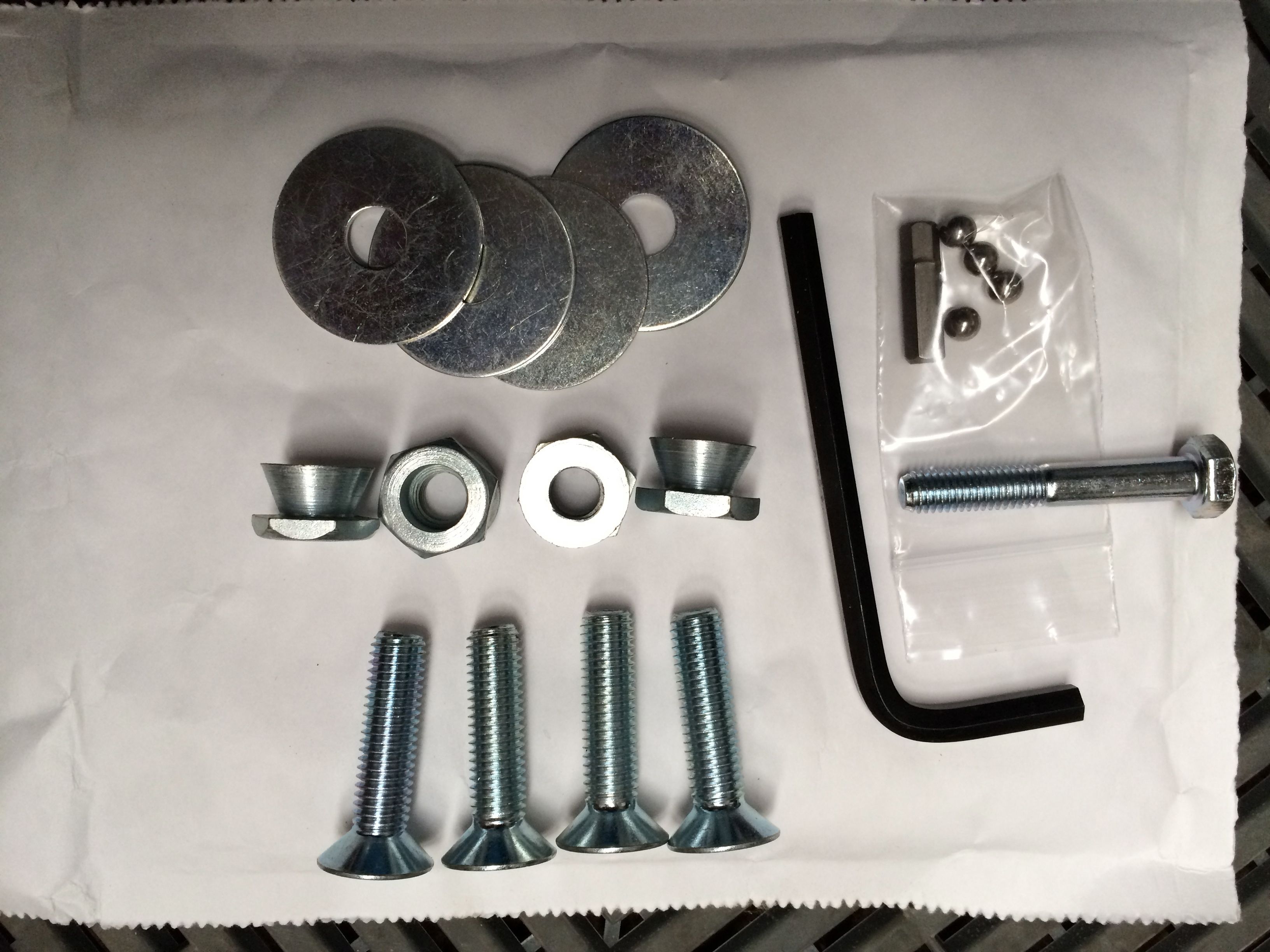 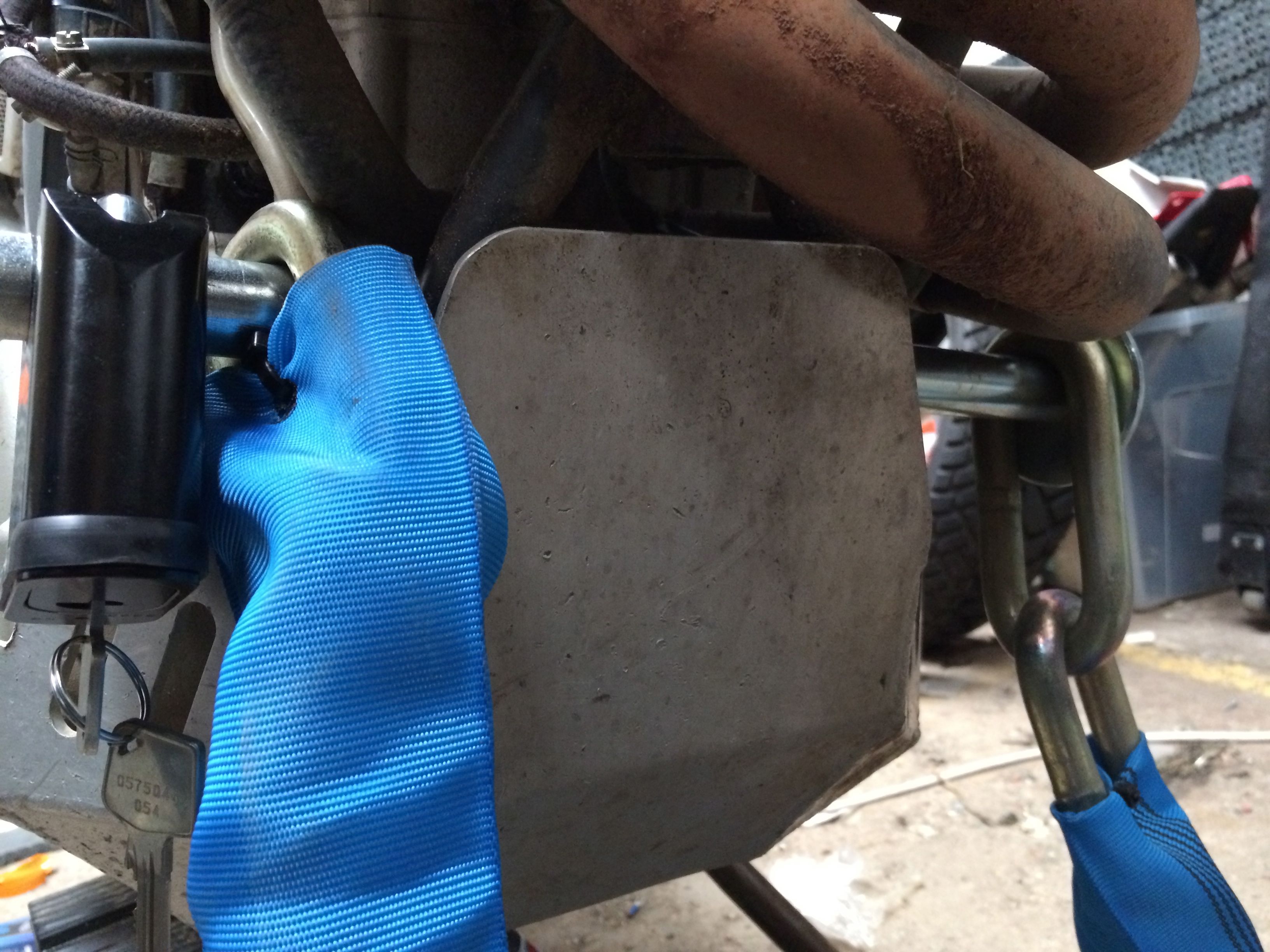 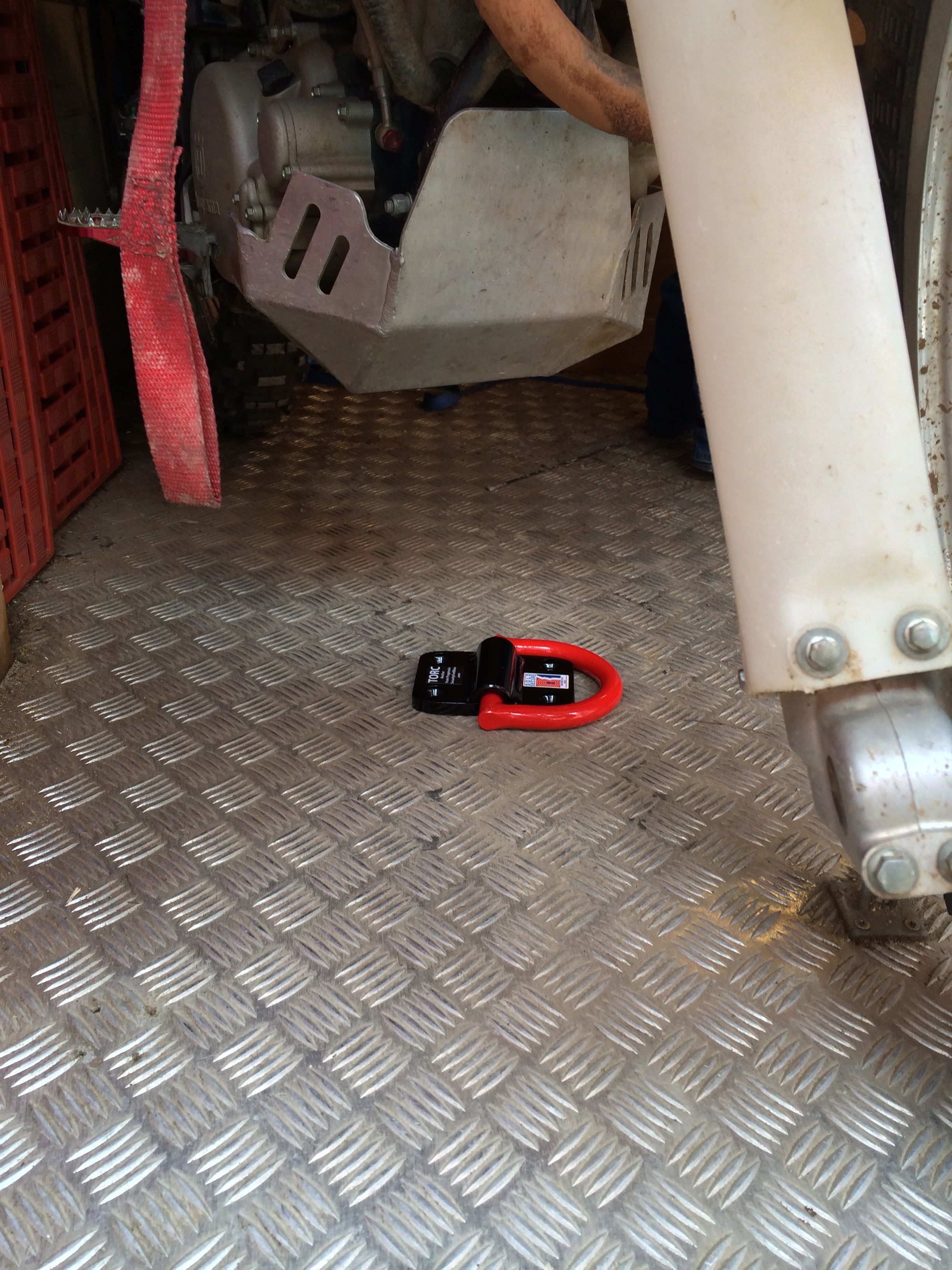 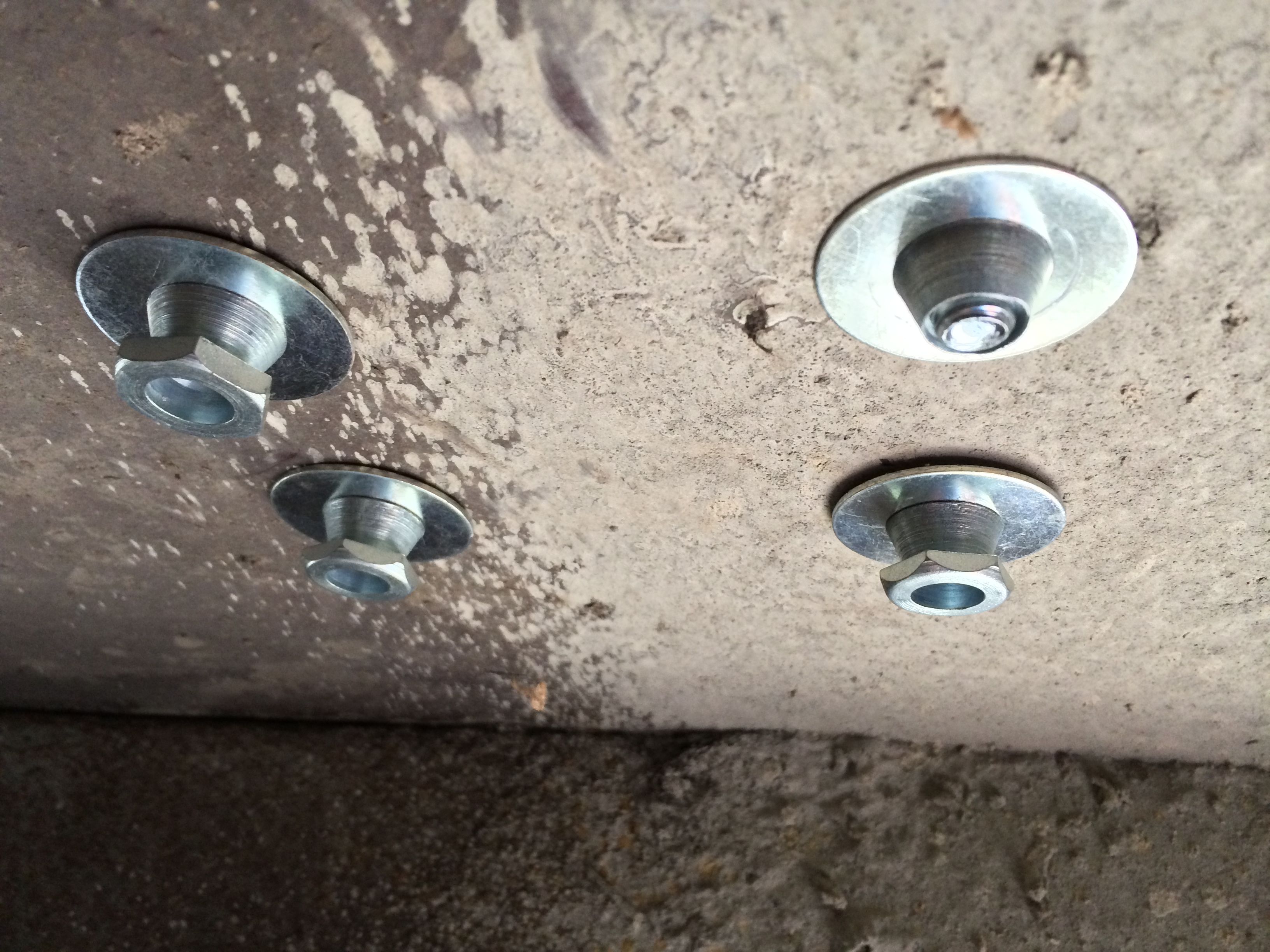 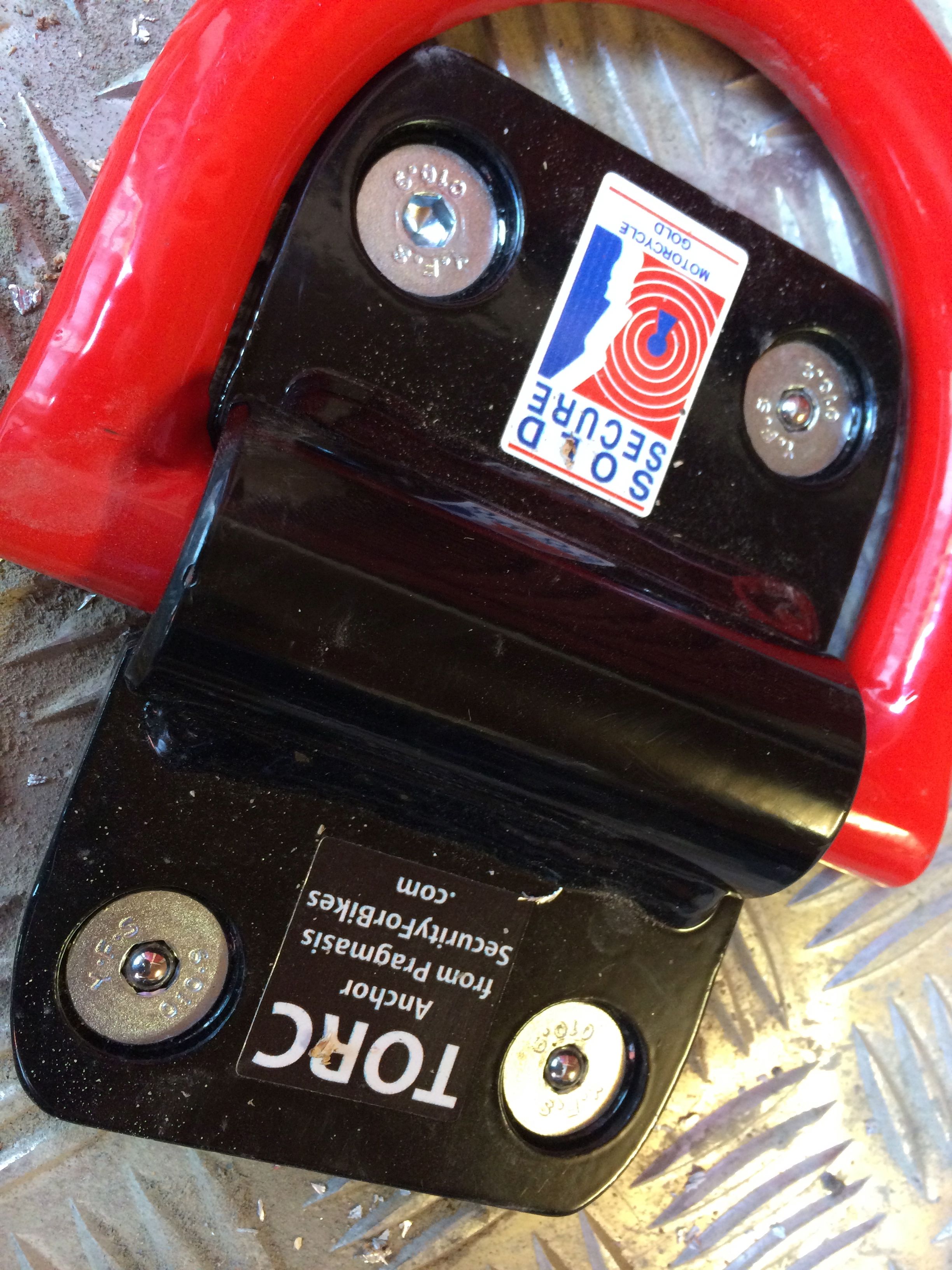 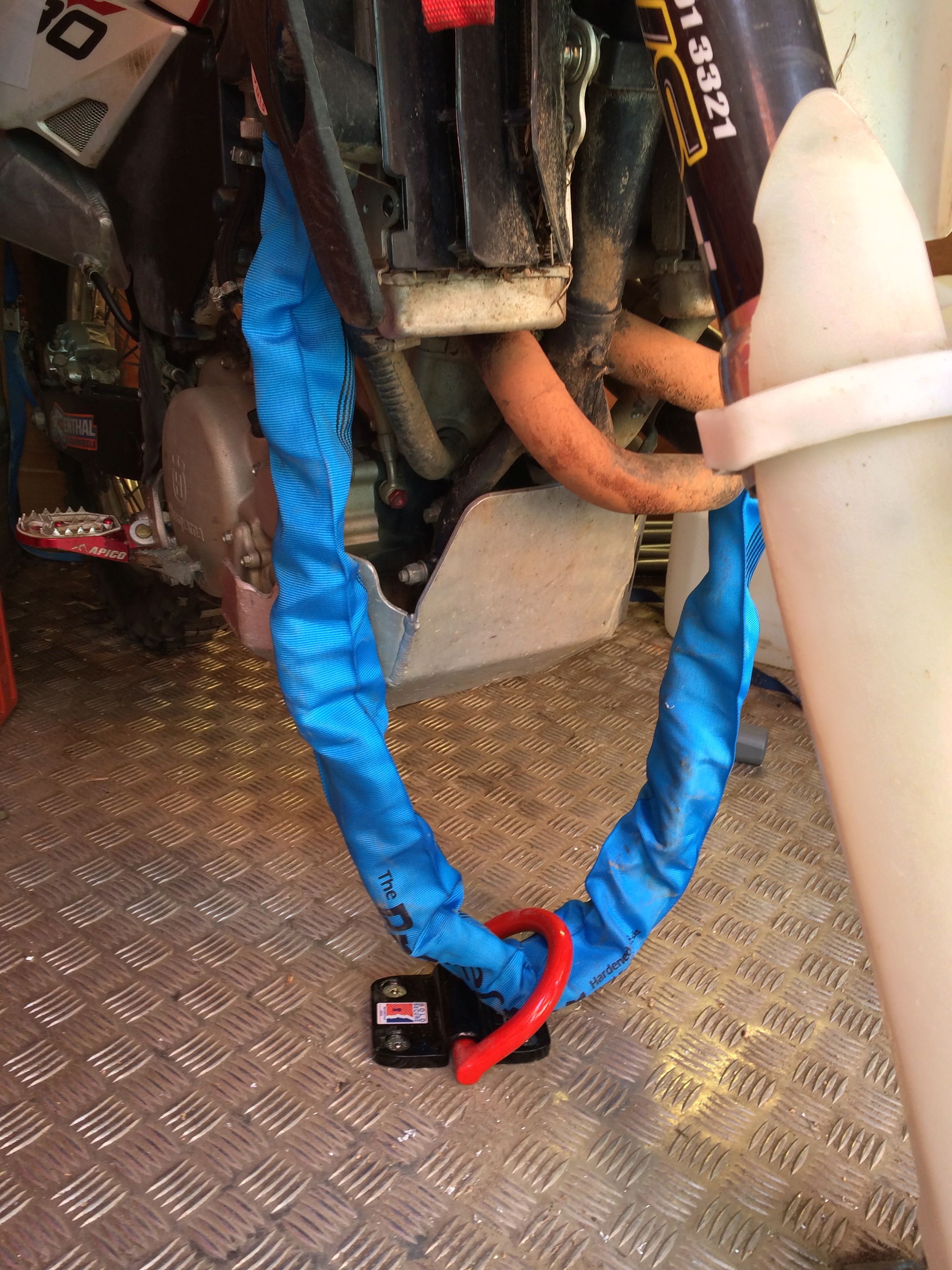 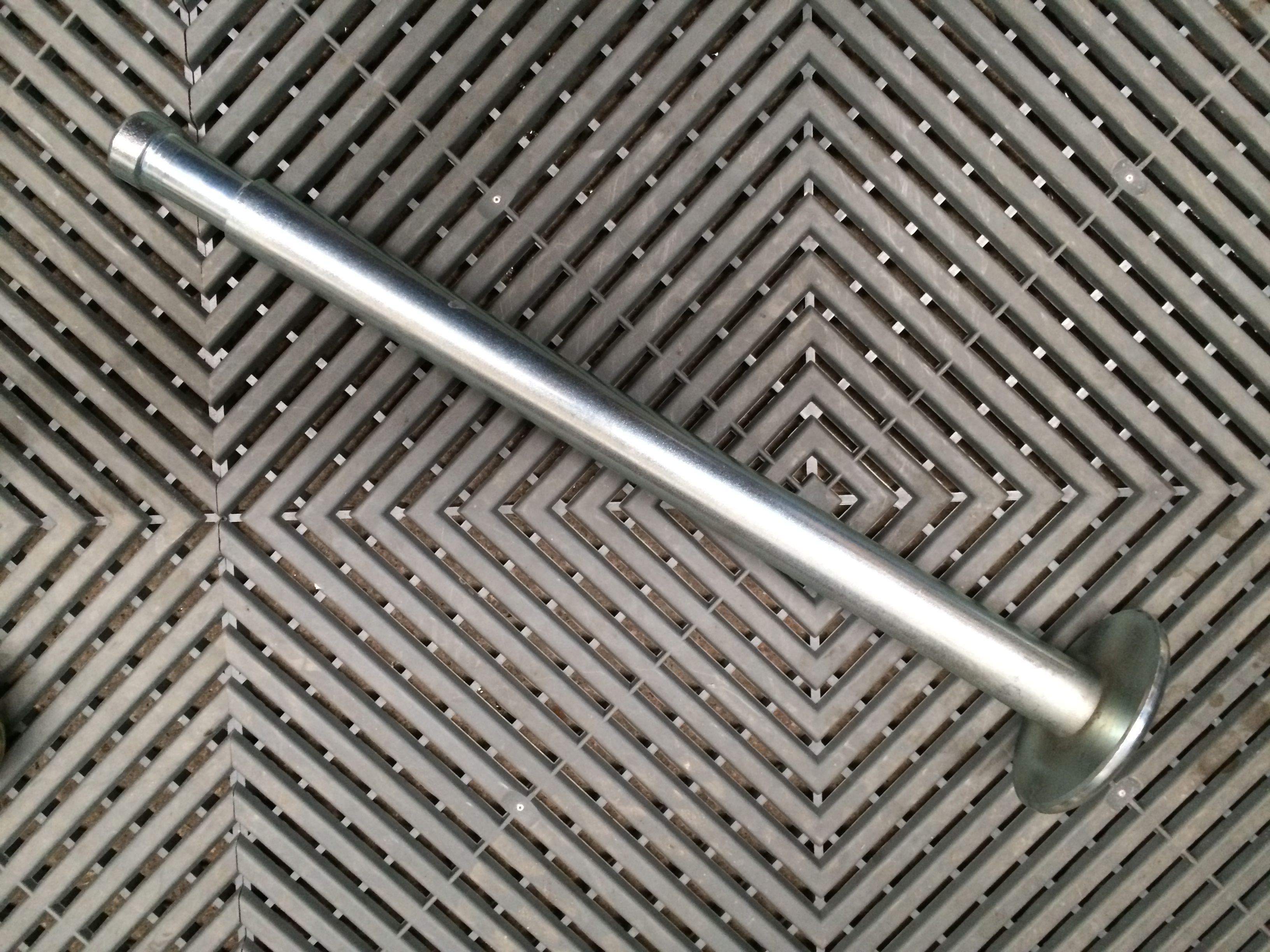 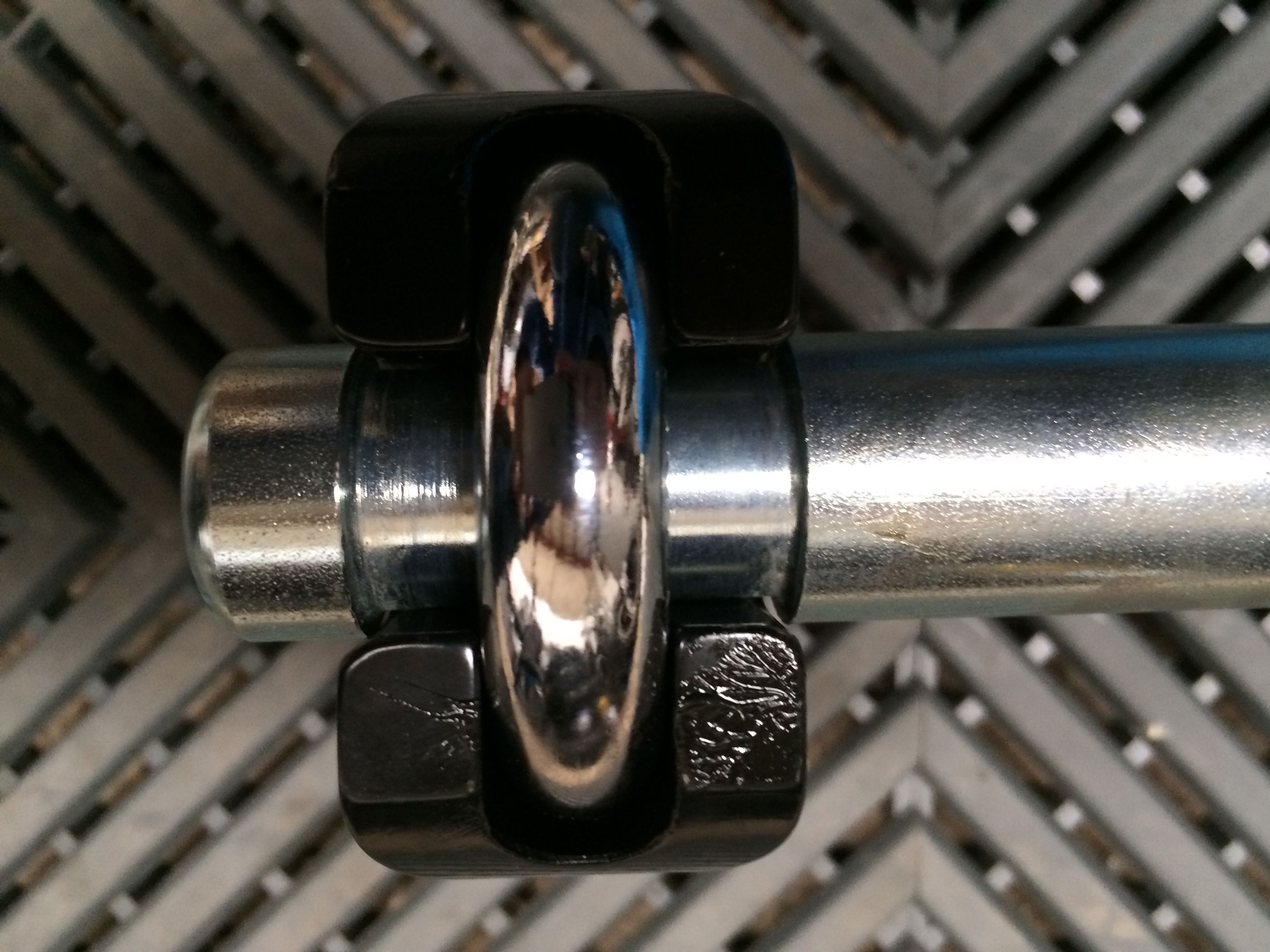 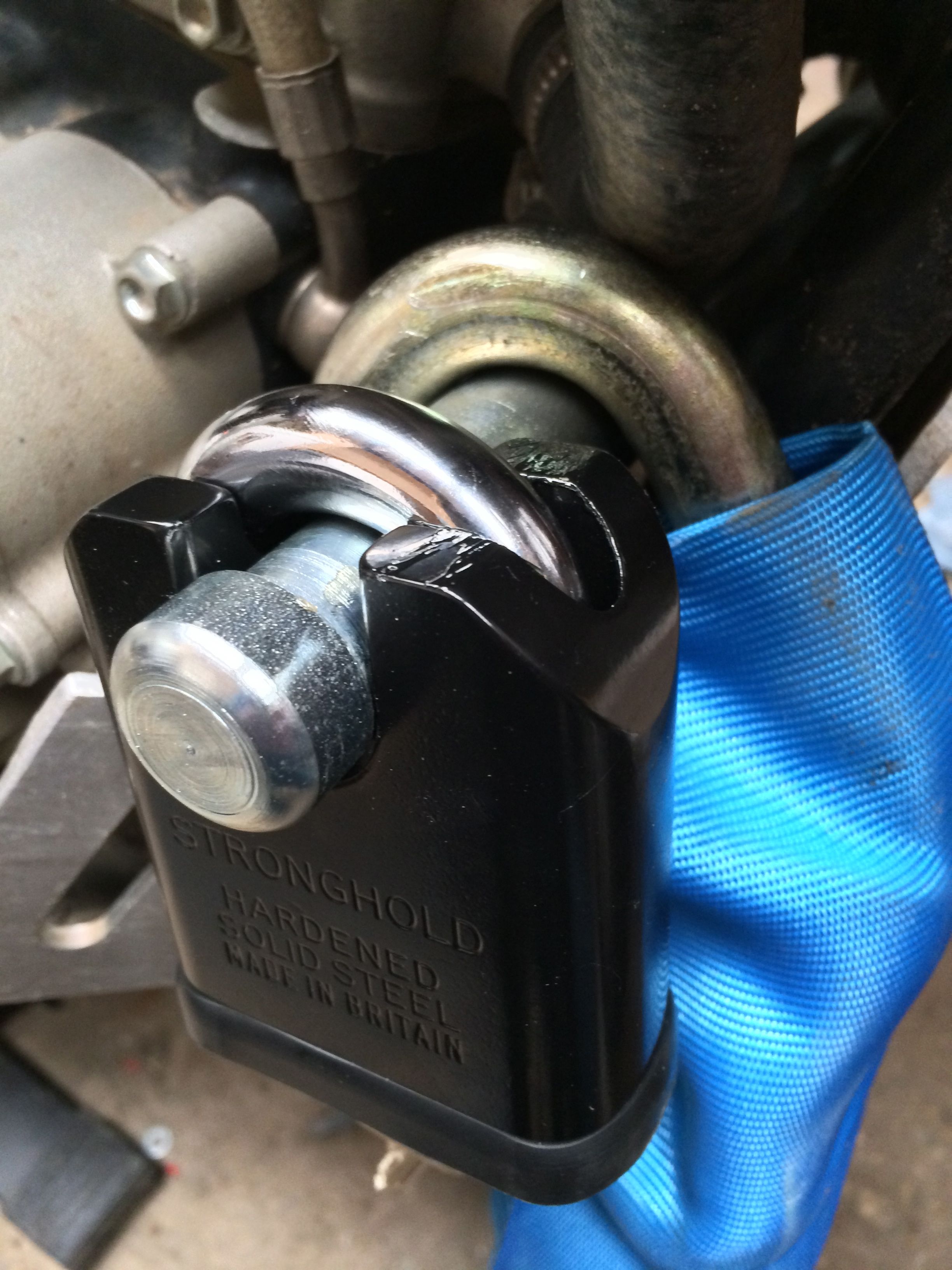 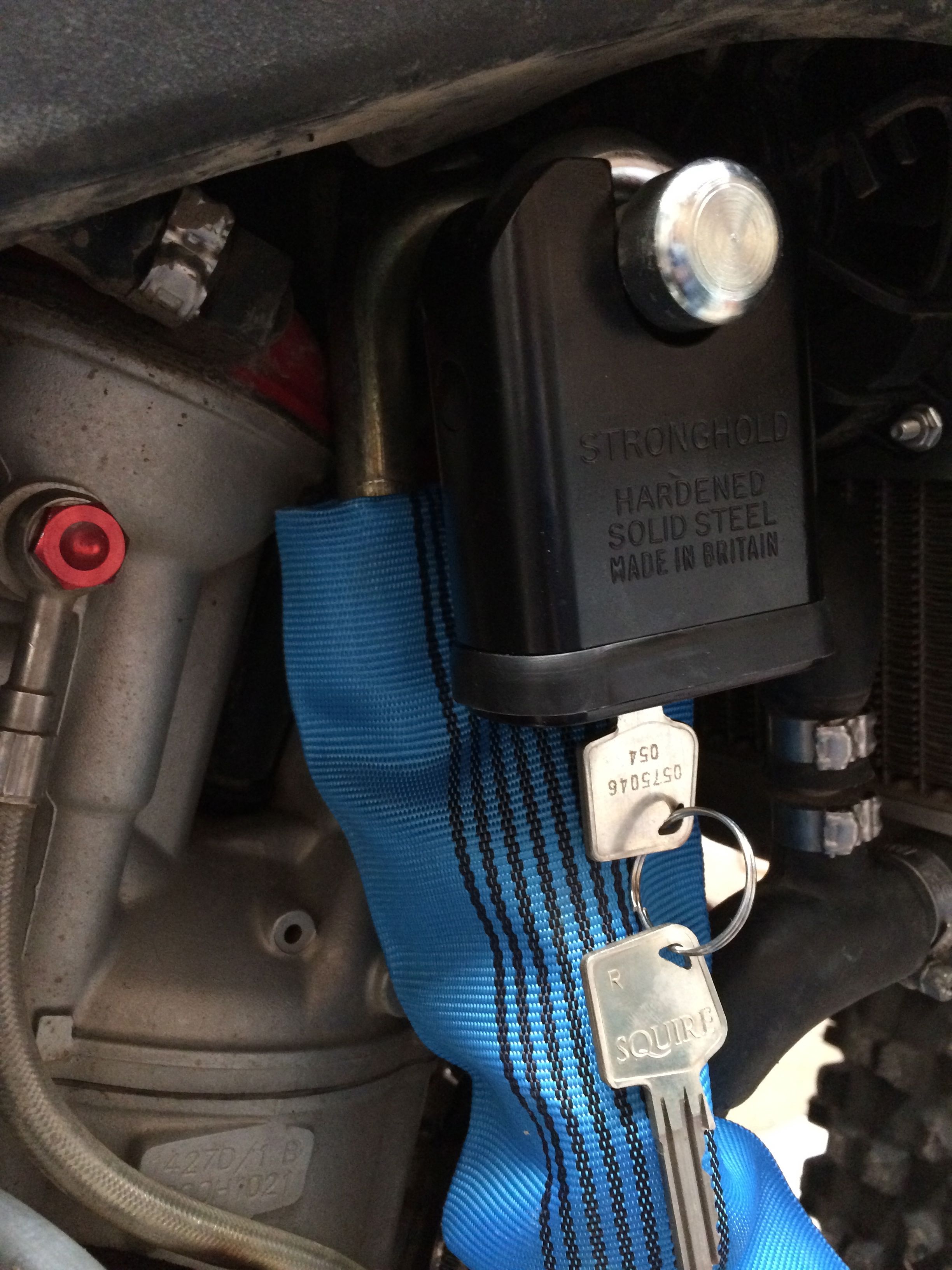